At Yale School of Medicine researchers use Qlucore

“With just a couple of mouse clicks, clinicians can quickly analyze their data by generating a heat map or principal component analysis (PCA) and get the list of differentially expressed molecules”

Yale University in Connecticut, USA, owns one of the world’s great medical historical libraries. It was opened in 1814 and by 1865 its collection numbered 1,200 books. Today it is called the Yale Cushing/ Whitney Medical Library, and it contains more than 416,000 books. Its collections cover clinical medicine and its specialties, the pre-clinical sciences, public health, nursing, and related fields.

Bioinformatics support under the program ranges from workshops on bioinformatics tools and databases through to consultation services on the analysis of microarray and next-generation sequencing (NGS) data; functional enrichment analysis of differentially regulated molecules; and finding, retrieving, and using public datasets for validating research results or hypothesis testing. 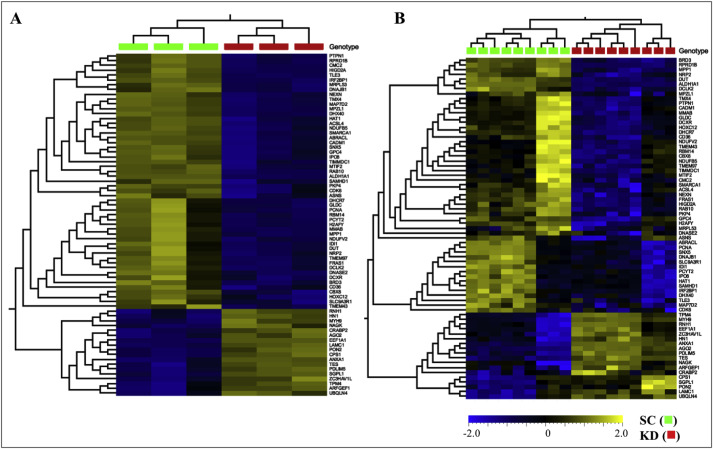 “The bioinformatics program was founded in 2014 with the aim to upgrade the library to the new omics data age and support the entire research lifecycle.” He explains.

“Researchers are typically working with very large complex datasets of proteins, genes, metabolites and so on,” he says. “They are interested in finding out about the pathways and biological processes these molecules are participating in. “

“Previously, there was no provision of bioinformatics software by the Medical Library. Each research group had to license its own software,” explains Rolando. “The library’s role was simply to provide blibliographic-centered databases and tools.”

When the Bioinformatics Support Program was set up, the library initially licensed a range of databases and knowledge bases for the functional annotation of omics data.

“After a couple of years of licensing these tools, we found that some researchers were coming to us with their raw data” says Rolando. “To use the tools we’d already licensed, they would need to analyse their raw data. We realized that we needed to look for some further tools that did not require users to be expert bioinformaticians. Qlucore Omics Explorer was a tool that fulfilled that need.”

“For those who are not bioinformatics savvy, for example clinicians doing research with patient samples or public datasets, Qlucore Omics Explorer has proved to be an invaluable tool,” says Rolando. “With just a couple of mouse clicks, clinicians can quickly analyze their data by generating a heat map or principal component analysis (PCA) and get the list of differentially expressed molecules. It means they get results really fast.”

He continues: “Some units and specialists in bioinformatics (on campus) carry out these types of analyses too but they are often overwhelmed with a very high demand.

“With the Qlucore tool, our researchers can analyse their results right away without waiting for a specialist. Also, it means they understand their own analysis, results, and learn more about using bioinformatics”.

One of the most useful features in Qlucore Omics Explorer, says Rolando, is the way researchers can immediately download data from public datasets, such as Gene Expression Omnibus (GEO) and TCGA. “It means they can quickly re-analyse data from previous studies and compare results. Some groups are also using the program to do meta-analysis studies”

The Yale Medical library has already licensed around 300 accounts of Qlucore’s Omics Explorer to date. Researchers can use these online when they need to from their own labs or from home via the Yale network.