This new release is focused on improvements for single cell data analysis and includes a flexible and fast UMAP plot. The plot type can be used also for other types of high dimensional data. Speed and performance for large data sets have been further enhanced.

The Venn diagram is enhanced, and it is possible to generate variable lists directly from the plot.

A UMAP plot is now available as a standard plot. UMAP is a well-established alternative to t-SNE. The UMAP facilitates the exploration of high dimensional data sets such as large bulk RNA-seq and proteomics data sets, and not least single cell transcriptomics data. UMAP is considered to provide a better preservation of the data's global structure compared with t-SNE. 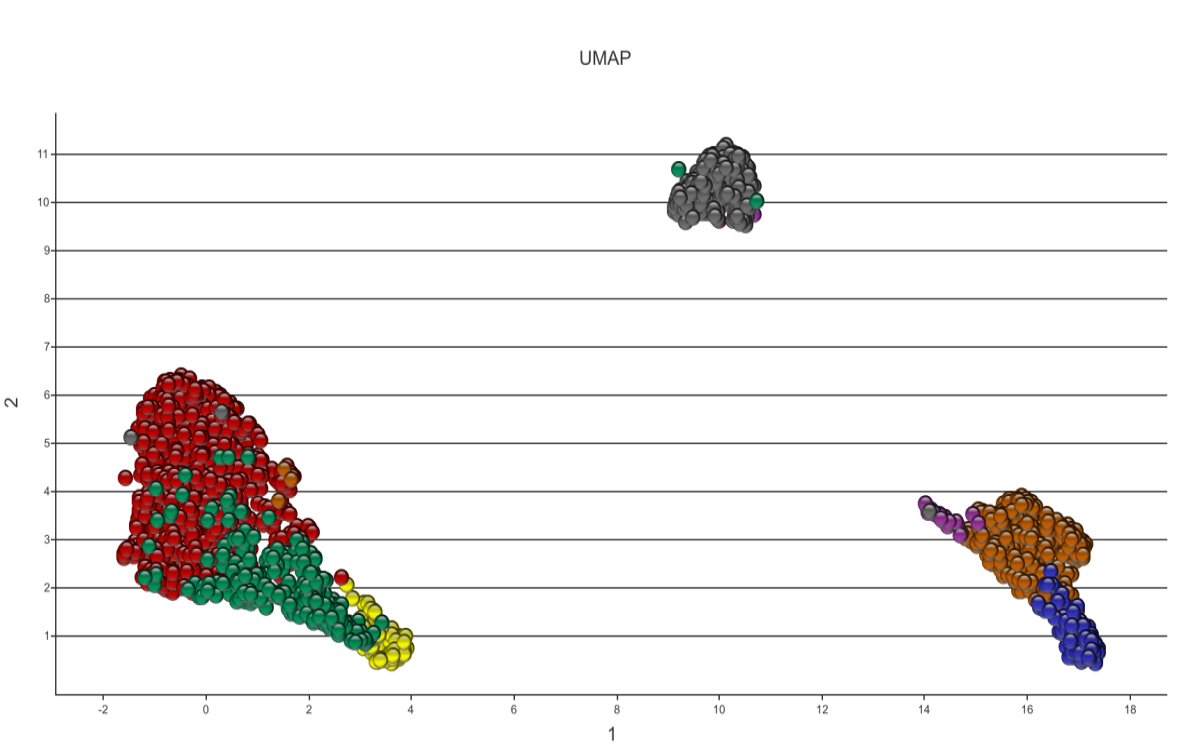 Scientists often face challenges with conversions of different gene identifiers. The in-built conversion of variable identifiers and variable lists based on so-called chip files that are provided by Broad Institute makes it easier to do data analysis. One example of its use is in understanding more about the underlying biology and pathways using the inbuilt Gene Set Enrichment (GSEA) Workbench.